Asbestos is a naturally occurring mineral

Asbestos is a naturally occurring mineral that appears in a fibrous and fluffy form when separated from rock in the asbestos mining process. Its fibers are typically bound together with other minerals to form an indestructible package when undisturbed. The term asbestos is actually a name for a group of minerals that occur in a wide range of appearances. The only way to positively identify an asbestos fiber is through a microscope.

Its first recorded use was 2000 years ago by the Greeks as wicks in their temple lamps. Asbestos was considered a magical mineral because once ignited, it burned unceasingly without consuming the wick. They called the mineral “Asbesta” which meant “inextinguishable.”

Large scale mining of asbestos began in the 1880’s, and 20 years later the first death from asbestosis was recorded. The victim was a British textile worker.

Asbestos was used in construction materials until 1978

Throughout the 1940’s, 1950’s and 1960’s asbestos was internationally manufactured for a variety of products. Although there was some evidence of a potential health risk, extensive research was not completed until the late 1960’s – nearly 50 years after asbestos was first used in construction building materials. It was used through the late 1970’s for the following reasons:

Left undisturbed, asbestos-containing materials usually do not create any health risks. However, as the product breaks down due to aging, frequent contact, or general remodeling activities, tiny particles may be released into the air and inhaled into the lungs. Medical studies have shown that excessive exposure to high levels of airborne asbestos is a significant health risk. 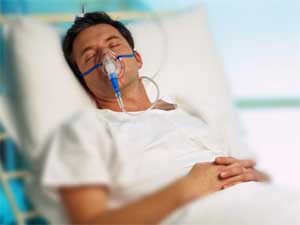 Asbestos is linked to several diseases

Asbestos fibers are microscopically small. Those which seem to be visible to the naked eye are actually threads of thousands of fibers – each hundreds of times smaller than a human hair. They are not readily trapped by mucous or nose hairs, and therefore can easily enter the lungs. Once in the lungs, asbestos fibers may lodge there and remain for life. Since the lung tissue is so delicate, and the sharp fibers are so indestructible, the body attempts to isolate them by forming a shell of scar tissue around them. These scars grow and accumulate and the lungs lose their ability to transfer oxygen into the bloodstream.

Asbestos is commonly associated with the following diseases:

Asbestosis – A noncancerous respiratory disease that results from frequent, progressive scarring of the lung tissue caused by lodging of asbestos.
Mesothelioma – A rare cancer of the lining of the chest and abdomen that is almost always associated with previous asbestos exposure.
Lung Cancer – Inhaled asbestos particles act as a carcinogen when lodged in lung tissue.

In almost all cases, asbestos-related diseases are developed following a long latency period after exposure, often times up to 20 years or longer.

In addition to the amount and duration of exposure, other factors play a large role in the potential for developing disease, including fiber size and type, other pollutants (such as cigarette smoke) and individual susceptibility.

Asbestos is contained in thousands of products

In many homes throughout Southern California that were built before 1978 asbestos is likely to be present in one or more forms. In fact, it can be found in over 3,000 products ranging from household appliances to construction building materials.

Although its mere presence does not constitute a serious health hazard, unexpected contact during household remodeling projects may pose a significant risk.

Molds can be found almost anywhere

Molds can be found in almost any environment. They can grow on virtually any organic substance, as long as moisture and oxygen are present. When excessive moisture accumulates on building materials (particularly wood, paper, carpet and insulation) mold growth will likely occur – especially if the moisture remains unaddressed.

It is impossible to eliminate all molds in the indoor environment. Molds reproduce by releasing tiny spores that waft through the air continually. When the mold spores land on a damp spot, they begin growing, and digesting whatever they are growing on, in order to survive – gradually destroying the host surface.

Exposure to molds can cause adverse health effects.

Many types of mold exist –all having the potential to cause adverse health effects including:

The types and severity of symptoms depend on the individual’s exposure, age and sensitivities, as well as the type of mold present. The exposure pathway can include a combination of inhalation, ingestion or skin contact.

Several species of mold can be found indoors 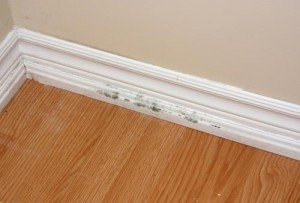 Mold species that are most commonly associated with indoor building materials are:

Lead has been used as an additive in numerous products for over 5,000 years

Lead has been used as an additive in numerous products for over 5,000 years. Archeologists have found lead pigments in buildings constructed around 3,000 B.C. In 20 B.C., the Roman Empire constructed miles of aqueducts with lead-based cement. More recently, lead was added to paint, gasoline, plumbing solder and food containers. One of the seven precious metals, lead is durable, does not corrode and is resistant to extremely cold temperatures.

Lead-based paint was used until 1978

Lead-based paint was used from the 1940’s until 1978, when it was banned in the United States by the Consumer Product Safety Commission. It can commonly be found in homes on interior surfaces, such as walls, doors, mouldings and trim, as well as on exterior siding and trim. Some furniture items and childrens’ toys were also coated with lead-based paint.

Weathered lead-based paint that has started to peel from its substrate will fall to the surfaces below. Lead-contaminated dust accumulates inside the home and in the soil around the house, then is frequently inhaled or ingested by children at play.

Some lead poisoning in children can lead to behavioral disturbances, developmental delay and decreased intelligence.

PCB is a known carcinogen found in fluorescent light ballasts

Fluorescent light ballasts that were manufactured prior to July 1978 frequently contained Polychlorinated Bipheyls (PCB’s) at 50 ppm or greater in their capacitors and asphalt potting material surrounding the capacitor. PCB is a known carcinogen and is treated as a regulated hazardous waste when disturbed.