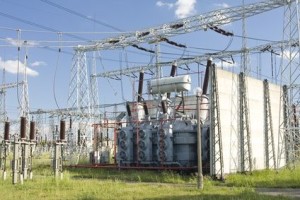 Before the dangers of PCBs were known, these hazardous chlorinated hydrocarbon compounds were used in hundreds of commercial and industrial products. Though PCBs were banned in 1979, many materials containing PCBs remain in older facilities, where they can pose serious health hazards if not disposed of properly. These hazards are so severe that only EPA-certified companies can be involved in eliminating PCB hazards in Los Angeles CA.

Because PCBs are non-flammable, have a high boiling point, and provide excellent electrical insulation, they were frequently used in electrical equipment like transformers, capacitors, and fluorescent light ballasts. PCBs can be liquid or solid, and many types of Insulation, tape, oil-based paint, caulking, floor finish, and plastics made between 1929 and 1979 contain PCBs.

Because PCBs take a long time to break down naturally, once they become released into the air, water, or soil, they tend to remain there indefinitely. Eventually, they make their way into the food chain by building up in the tissues of plants and fish. According to the EPA, exposure to PCBs can cause cancer as well as damage to the immune and nervous systems. Today, the most common causes of PCB contamination are illegal dumping, leaks from poorly maintained hazardous waste dump sites, and the degradation of equipment like old fluorescent light ballasts.

Special care must be taken when eliminating PCB hazards in Los Angeles CA. For example, when removing fluorescent light ballasts, there are two components within the ballast that may contain PCBs: the capacitor and the surrounding asphalt material. Both of these components must be carefully removed, using a process that disturbs the materials as little as possible. The disconnected ballasts will then be placed inside of a specially lined, vermiculite-filled drum for transport and disposal.

One interesting fact about fluorescent light ballast disposal is that it involves more than isolating and storing the waste. The metals in the ballasts can be recycled if the ballasts are subjected to high heat to separate the metals from the PCBs. This reduces the overall volume of waste, which will then be destined for incineration or else interred in a landfill. Which route is taken depends on the type of PCB material and the relevant EPA guidelines.

If you believe that your property contains PCBs, you must contact a licensed removal company, because PCBs are a regulated hazardous waste. Eliminating PCB hazards in Los Angeles CA can be done safely and efficiently, but only when you get expert help.