My Home Was Built in 1970 – Should I Be Worried About Asbestos?

If your home in Los Angeles CA was built in or around 1970, you should definitely educate yourself about the dangers of asbestos and exercise caution when handling any material that may potentially contain asbestos. Examples of such materials include roofing shingles, floor tiles, acoustic ceiling tiles, insulation, and paint.

While more than 50 countries have totally banned asbestos, the US isn’t one of them. The EPA passed several bans in the 1970s, and the Toxic Substances Control Act of 1989 banned almost all uses of asbestos. Although the Supreme Court overturned most of this act in 1991, public awareness regarding the dangers of asbestos increased greatly, and today building materials tend to contain less than 1 percent asbestos, a level which is considered safe. 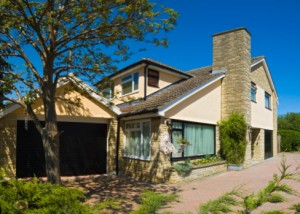 The US continues to import asbestos from countries including China, Russia, and Brazil. The peak of asbestos importation occurred in 1973, when 803,000 metric tons of asbestos were imported. In 2012, only 1,060 metric tons were imported, mainly for use by chemical companies creating chlorine. This difference reflects that fact that although asbestos is not totally banned, usage has decreased dramatically. It also means that new homes are significantly less likely to features dangerous asbestos-containing materials. If your home in Los Angeles CA was built in the 1970s, however, it is quite likely that it contains asbestos.

Dealing with Asbestos in Homes in Los Angeles CA

Owners of older homes should definitely be aware of the dangers posed by asbestos. Because asbestos is most dangerous when it is inhaled, particular attention should be paid to any damaged or broken materials that may contain asbestos. For example, if you have some broken floor tiles in the basement that are original to the house, they might be contaminating your home with hazardous asbestos dust. Do not attempt to replace any damaged or suspicious materials yourself! Instead, get a professional asbestos inspection and asbestos testing for your home in Los Angeles CA. That way, you can know for certain whether or not the material is dangerous. If it isn’t dangerous, you can remove or repair it yourself. If it is dangerous, you will need to enlist the services of a certified asbestos contractor to safely remove the material without contaminating the rest of your home.