Exposure to PCBs in Homes and the Workplace 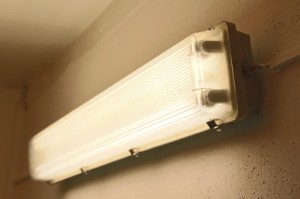 PCBs, or polychlorinated biphenyls, are manufactured organic chemicals that may be present in homes or offices. The chemicals contain 209 different chlorinated chemicals. The PCBs may take the form of oily liquids or solids. They typically fall within a color range of colorless to light yellow. Because the PCBs don’t burn easily, they make good insulation material. This makes them useful in coolants and lubricants, and they are commonly used in items such as transformers and capacitors, as well as other electrical equipment. Although the manufacture of these chemicals was brought to a stop in 1977, they may still be old fluorescent lights or appliances that still contain PCBs.

It is possible that homeowners are exposed to PCBs without being aware. Office workers could also be at risk because of lingering sources of PCBs. The other most common sources of PCBs, today, include:

What Are the Risks Associated with PCBs?

Children of all ages who have been exposed to high levels of PCBs may show signs of developmental delays or cognitive deficits. Exposure may occur during pregnancy if the mother ate contaminated fish during the six years before pregnancy and during pregnancy. These effects might include:

Adult symptoms may include damaged reproductive systems or cancer.

Where to Get Help

Because of the risks involved with PCB exposure, it is important to contact professionals who are trained and qualified to remove PCBs. These professionals will remove any hazardous materials and dispose of them appropriately to prevent further contamination. If you suspect the presence of PCBs, contact AQHI Inc for safe removal of the chemical.