What are PCBs and Why Should I be Concerned About Them? 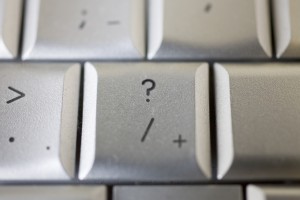 AQHI, Inc specializes in all kinds of environmental remediation services, including PCB detection and removal. You may have heard of PCBs before, but you probably don’t really know what they are. Here’s a quick run down, and if you have more specific questions, please give us a call at 800-481-8080 or shoot us an email at Sj@aqhiinc.com. We are committed to making Southern California a safer, healthier placer to live, one decontamination project at a time. So far we’ve already successfully completed over 50,000 decontamination projects to remove various contaminants such as mold, lead, asbestos, and PCBs. Trust AQHI, Inc to take care of all your PCB and other contamination removal needs today.

PCBs are known carcinogens, which are substances that have been scientifically proven to be capable of causing cancer in living tissue in humans and other life forms. PCBs were used in just about all fluorescent light ballasts prior to July 1978. They contained PCBs at 50 ppm or greater in their capacitors and asphalt potting material surrounding the capacitor. If your building is older than a few decades, you may have PCBs lurking in your light ballasts, capacitors, and/or asphalt potting. PCBs are very serious contaminants that must be handled and disposed of properly.

Why should I care about PCBs?

Having a known carcinogen on your property is never a good idea. You could be putting everyone who comes into your building, including yourself, at risk of developing cancer. That’s definitely not a risk you want to take, no matter what the cost! Thankfully AQHI, Inc has affordable rates for PCB detection and removal services. Just call 800-481-8080 or email Sj@aqhiinc.com to request an appointment today.

Risks of handling PCBs yourself

It’s never a good idea to handle remediation of PCBs yourself because you could risk exposing yourself to high levels of the carcinogens found in PCBs. You could also further contaminate your property, spreading the problem to even worse levels than they are currently. Additionally, it’s important to follow all federal and state regulations about safe removal and disposal of PCBs and other contaminants. AQHI, Inc follows every single regulation to the letter, so you can rest assured that further contamination will never happen, and the PCBs will always be disposed of properly.

AQHI, Inc is Southern California’s premiere contamination removal service. We can handle all contaminant remediation services you require, including asbestos, lead, mold, fungus, and other harmful materials commonly found in Southern California. Schedule an appointment today by calling 800-481-8080 or emailing Sj@aqhiinc.com. PCBs contamination is very serious, so make sure you have it expertly taken care of ASAP by AQHI, Inc.