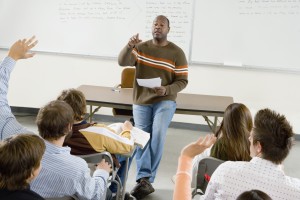 Many people don’t know anything about the contaminants often found in residential and commercial properties throughout Southern California. They may even why wonder why AQHI, Inc exists at all. So many contaminants are completely invisible to the naked eye, and the harmful effects of exposure frequently don’t appear until years, or even decades, after exposure occurs. Why should contaminants be removed if they aren’t going to do any visible damage for so long?

Well, at AQHI, Inc, we often field questions like these. And if people don’t ask them, we suspect they’re thinking about them, but they’re too polite to ask!

That’s understandable. After all, not everyone can be an environmental expert! We at AQHI, Inc are always happy to answer your questions about environmental issues, contamination, and other related topics. That’s why we have this blog series!

This specific blog attempts to answer the previously mentioned questions, but if you have any more, please don’t hesitate to contact us by calling 800-481-8080 or emailing Sj@aqhiinc.com.

Why should we care about contamination?

Back in the 1980s and for many previous decades, the environment throughout the US was very contaminated. The lake that runs through Chicago would often catch on fire, and the ocean that borders Boston was a deep brown color because of how dirty is was. But then during the mid 1980s, attitudes began to shift, and a real movement to clean up the environment began. People began to realize and acknowledge the detrimental affect humans were having on the planet. As a result, federal, state, and local laws were institutes to prevent further contamination from occurring and clean up areas that were already contaminated.

Why does AQHI, Inc matter?

AQHI, Inc was established over 28 years ago, during that same time period that environmental awareness was beginning to take hold of American consciousness. Our founder realized the need for not only stricter government regulation, but also citizen participation in making sure the areas where they spend time are free from contamination. Particularly during these modern times, when many of us spend the bulk of our time indoors – working, spending time with family and friends, sleeping, and more – the need to make sure homes and business properties are pure and clean is more essential than ever.

What does AQHI, Inc do, anyway?

We make sure properties are free and clear of commonly found environmental contaminants that could be damaging your and your loved ones or employees’ health. Yes, perhaps you won’t see tangible evidence of the damaging effects for many years, but by then it will be too late. Taking care of any potential sources of harmful exposure now will save you so much trouble in the future.

Here’s how it works. We’ll come to your property, give it a thorough evaluation using the most modern tools and techniques, and let you know if we find any contaminants lurking in your water, soil, air, or in the property materials themselves (for example, lead paint). We test for a whole range of contaminants, including but not limited to lead, mold, fungus, asbestos, and more. Then we’ll come up with a plan to safely and completely remove the sources of contamination. Agree to the plan, and we’ll take care of that, too!