Why should I care if my property contains PCB Hazards? 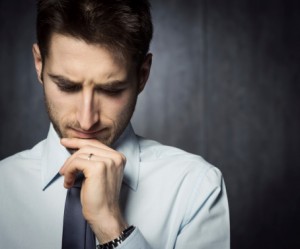 If you have an older commercial property, it may contain PCBs hazards. That’s a big deal because a PCB is a known carcinogen, so it’s treated as a regulated hazardous waste when disturbed. Even if you’re not planning on renovating your commercial property anytime soon, it’s a good idea to get all PCBs removed by Southern California’s decontamination and PCB removal experts – AQHI, Inc.

Where may PCBs lurk on my commercial property?

Florescent light ballasts that were manufactured prior to July 1978 frequently contained PCBs at 50 ppm or greater in their capacitors and asphalt potting material surrounding the capacitor.

Studies of PCBs in humans have found increased rates of various cancers. People that have been directly exposed to high levels of PCBs, either through their skin, consumption, or by inhaling it, have experienced nose, lungs, and skin irritation and rashes, as well as eye problems (source).

Women who have been exposed to PCBs before or during pregnancy may give birth to children with significant neurological and motor control problems, including lowered IQ and poor short-term memory.

PCBs also disrupt hormone function, affecting both behavioral, emotional, and developmental functions. PCBs can accumulate in the body over many years because they’re usually absorbed into fat tissue and then remain there. For more information about the harmful effects of PCBs on humans, click on the above link.

Now you’re aware of the serious dangers PCBs pose to human health, it’s essential that you make sure your commercial property doesn’t contain them. If it was built before the late 1970s, it probably does contain them, so make sure you investigate thoroughly. You definitely don’t want to risk exposing your employees and yourself to this known carcinogen.

The most effective way to find out whether your property contains PCBs is simply to contact AQHI, Inc by phone at 800-481-8080 or email Sj@aqhiinc.com. We’ll schedule an appointment at your earliest convenience to evaluate your property for various common contaminants – asbestos, fungus, mold, and PCBs, too. We’ll test the soil, water, air, and physical structure of your property and conclusively determined where contamination is present (if any).

If we find any harmful contaminants on your property, we’ll formulate a detailed plan to get eradicate them. We follow all federal and state regulations to the letter, and as a fully insured and licenses local decontamination company, you can be confident that you’re in good hands with AQHI, Inc.

If PCBs are found on your property, AQHI, Inc will eliminate them by performing several essential tasks, including:

Call AQHI, Inc for an appointment today at 800-481-8080. We’re here to answer all your questions about PCBs and to make sure your property is 100% safe for everyone who uses it.