What are PCBs and What Should I Do about Them? 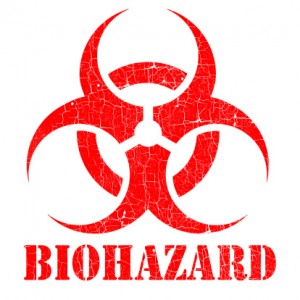 PCBs are hazardous materials that need to be removed safely when disturbed. Learn more about PCBs below and what should be done to avoid exposure.

PCB stands for Polychlorinated biphenyl. Before July 1978, PCBs were used frequently in fluorescent light ballasts at 50 ppm or greater in the capacitors and asphalt potting material surrounding the capacitors. It’s a known carcinogen that does not exist in nature. PCBs are either oily liquids or colors, are colorless or light yellow, and have no smell or taste. They were used as coolants and lubricants prior to 1978 because don’t easily burn and are good insulators. PCBs are persistent, bioaccumulative (meaning that it can be absorbed by living organisms), and toxic pollutants that are dangerous to humans and animals alike.

Where are People Being Exposed to PCBs?

There are various potential sources of PCB exposure, including eating fish and shellfish, meat, milk, and their by-products, as well as breathing indoor air in buildings where electrical equipment contains PCBs. Other possible sources include:

AQHI Inc. is Proud to Be Affiliated with These Organizations that Help California be Safer and Healthier

This stands for the State of California Department of Industrial Relations, Division of Occupational Safety and Health. According to its website, it “protects workers from health and safety hazards on the job in almost every workplace in California through its research and standards, enforcement, and consultation programs.” That’s a mission that aligns perfectly with AQHI’s purpose—both are about increasing the safety and health of all Californians.

This stands for Better Business Bureau. It’s a localized part of a national organization called the Council of Better Business Bureaus that aims to enhance honesty and responsiveness between businesses and consumers, with a focus on increasing consumer confidence and trustworthiness of businesses for everyone’s benefit. The Central California BBB has a branch that reviewed our Rancho Cucamonga business and gave it an A+ rating, the highest possible. This rating is based on a bunch of different factors, in our case particularly the…

Step Back and See the Big Picture: Why Waste Removal Matters in the World Today 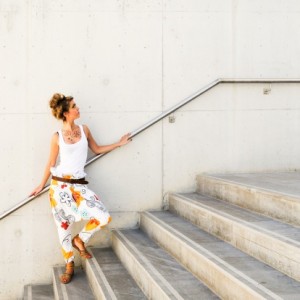 Here at AQHI Inc., we believe in the necessity of waste removal, not just in Southern California, not just in the US, but in the entire world. It’s an extremely important part of living in a sustainable, ecological way. Read on to find out what AQHI Inc. and other hazmat industry companies are doing around the world to make it a much better place to live.

Removing hazardous substances from the soil, including lead and harmful chemicals, frees people, plants, and animals from potential dangers found in the soil, is so essential. It allows crops to grow properly and have the most nutritional value.

Air needs to be purified as much as possible because we ingest it with every breath we take. Small children, elderly people, those who are sick, and pets are especially susceptible to the harmful effects of air contaminated with mold, fungus, asbestos, etc. The thing about air is that it’s not localized, either—the wind moves it constantly from one place to the next. So every property in every state in every…