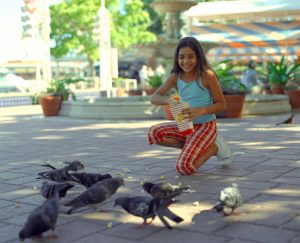 You know pigeons? Those annoying birds that flock into parks and other common public spaces to scrounge for food? Well it turns out that recently those birds are doing more good than harm, MUCH more good! A recent study by Rebecca Calisi, a faculty member of UC Davis is proving just how useful these pigeons can be.

The original study was based in New York, and tracked the blood of urban pigeons and monitored them for lead and other toxic pollutants. The study came from the thinking that urban pigeons do not travel far, no more than a few blocks in a lifetime, but also breathe the same air and walk the same streets as humans.

These pigeons are used to determine which areas contain high lead contaminates. Even though lead has been banned from paint and gasoline, lead pollution remains a significant problem.   The researchers tracked the lead levels in pigeons and found that zip codes where pigeons found to have high lead levels in their blood, are also zip codes with the highest levels…

Back to School – Learning About Environmental Hazards 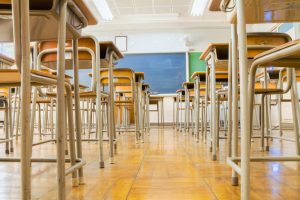 It’s September, and that means kids around the country are heading back to school. Little kids are nervous about their first official day of Kindergarten and older kids are worried about whether or not they’ll be able to find their homerooms on the first day of high school. Even students arriving at college are nervous about meeting their roommate and handling a demanding schedule while living away from home for the first time.

While you’ve probably graduated many moons ago, that doesn’t mean that you should completely stop learning. You never know when information gleaned in your daily life will come in handy. That’s why is providing you a quick tutorial entitled Environmental Waste 101. So, pay attention because class is in session!

What environmental hazards do we remediate?

At . We have completed over 50,000 jobs ranging from the removal of lead and mold, to asbestos and harmful PCBs.

Where are these harmful contaminants found?

Truthfully, these environmental hazards can be found in almost any home…