Back to School…Back to Asbestos? 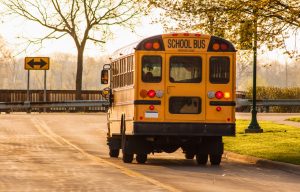 Though the U.S. Environmental Protection Agency (EPA) issued a warning about the hazards of asbestos in American schools, the potential threat to students, teachers and staffers still exists. As September hits and students flock back to school, there is a risk of  being exposed to asbestos, states a Mesothelioma Cancer Alliance study.

According to the study, any school built before 1981 is presumed to contain asbestos materials. The Ocean View School District in Orange County agrees with the study’s findings, with the President of the District stating that asbestos can be found in a vast majority of the public schools in the area.

The District takes the threat so seriously, that two years ago, three elementary schools were closed when asbestos was detected, and 1,600 students were bused to other schools around Orange County. The cost of the project was over $15 million dollars and threatened to bankrupt the school district.

Unfortunately, these hazards still exist across California and the rest of the country as well. The good thing is that the presence of asbestos in a school does not automatically mean that there is…