What You Should Expect From Mold Removal In Claremont CA

After mold removal in Claremont CA, you home will look cleaner, smell fresher, and have improved indoor air quality.

Mold is a fact of life and has been on earth longer than mankind itself.  It is a simple one-cell organism that grows where there is moisture and something for it to eat.  We will never eliminate all molds, nor would we want to.  There are some definite benefits to some molds and of course everyone knows about penicillin.  But, unfortunately, some mold when breathed in to people’s lungs can be very harmful.  Some can actually kill vulnerable people.  But even if death is not the ultimate outcome, which would certainly be at the most extreme end of the spectrum, exposure can lead to bloody noses, sickness, stuffy heads, weakness, etc.  In these days of having very weatherproofed and sealed homes, it is extremely common for mold, once it has gotten into the air of the house, for those mold spores to stay in the house for weeks or months, circulating and getting into everyone’s respiratory symptoms.  Since mold can be so toxic, the…

A Professional In Asbestos Removal Can Make Your Home Safe 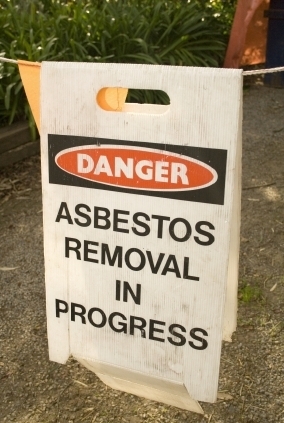 Disturbing asbestos-containing materials yourself can contaminate your home, but professional asbestos removal Claremont CA will make it safe.

If you have a home that was built before 1975 then there is a chance that you have asbestos somewhere in your home.  Hiring a professional for asbestos removal in Claremont CA is the best way to avoid the dangers breathing in this harmful substance.

Asbestos is a material that was used as a fire-retardant and insulation in the construction of homes and commercial properties.  It was highly effective and inexpensive, and as a result it was widely used from the 1930s and into the 1970s.  Asbestos can also be found in other products such as some paints, adhesives and around wood burning stoves in the form of asbestos paper, cement sheets or millboard.  The most common use was on boilers and pipes in the basement as insulation.  You might also find it in the attic as insulation or in vinyl floor tiles and some kinds of linoleum.  It was also used as the fake ashes and embers in gas fireplaces.